To try and communicate better with local people when travelling, I enrolled in two weeks of Spanish language school in Nicaragua. Was it worth the effort?

Seven years after first mastering enough Spanish to be able to order food, work out which bus I needed to be on, and make small talk about how cold it was in my country, I felt the time had come to step it up a gear.

Why? Because I wanted to be able to communicate better with local people when I travel.

Like in November 2013, when I’d wanted to explain Bonfire Night to my Guatemalan taxi driver. My best shot in Spanish: “we have large fires in every town!” Cue: confused look.

I’ve tried to practice. A bit. Meetup groups have been a boon, as have my trusted teach-myself Michel Thomas CDs. In all honesty though, I’ve previously shied away from classroom learning – the prospect reminded me of my school days, where I had:

And so to Spanish language school in Nicaragua …

And so it was with some trepidation I booked two weeks of Spanish language school in Nicaragua, at the La Mariposa school. My mission:

It was grammar. Eek.

The thought of reciting verbs, parrot fashion, filled me with dread.

However, as I was seated in a garden full of actual parrots, I was in good company. Maybe they could help me?

Could this guy help me with my Spanish verbs?

In the first lesson, we whizzed through a present tense recap, and I learnt some more irregular verbs. Who knew there were so many?

Next up, it was conversation.

In my first conversation class, we went for a walk. Learning the words for what we saw along the way. Trees, runners, birds. Nicaragua has a lot of birds. All good.

Lessons didn’t follow a set script. My tuition was one-on-one (which was the norm in my Nicaraguan Spanish language school), so the teachers could adapt best to the students’ needs and learning styles. As a “learn by doing” type, that suited me down to the ground.

And so, over the course of the next two weeks, I:

It was also surprisingly helpful to have teachers who didn’t speak English. I HAD to learn, one way or another!

I didn’t feel cooped up in a classroom.

Classes outdoors suited me down to the ground.

In the gardens that were the school’s classrooms I finally got to grips with the past tense in a non-scary way, and was able to say I’d “seen the bird”, “visited the volcano”, “bought something at the market”. Yay!

That’s not to say my head wasn’t fried at the end of each morning’s lessons, though. Four hours of learning a day was quite enough. Plus homework. Which I actually quite enjoyed doing – I could FEEL the progress.

Was Spanish language school worth it?

Yes, absolutely. For an investment of a few hundred dollars for one-on-one tuition, attending Spanish language school in Nicaragua was definitely “vale la pena” (worth the effort).

My newly improved language skills are now being unleashed on the good people of Nicaragua, as I travel around this beguiling country.

My vocab is slowly improving, and – after a week of confusing my past tense grammar types, I finally had a lightbulb moment and it all made sense. Now, if only I knew the word for lightbulb …

I went to Spanish language school in Nicaragua, a country I’d highly recommend. I used the Lonely Planet Guide to Nicaragua for my trip. Help the site by buying the guide through this link, at no extra cost to you.

What have you found to be the best / most achievable ways of improving your language skills? Would you consider going to a language school?

4 Responses to Is Spanish language school worth it?

This site uses Akismet to reduce spam. Learn how your comment data is processed.

I'm Julie, a York (UK)-based travel blogger and comfort-zone pusher. Join me as I bring you photos and stories from my mildly adventurous travels around the globe.

How to spend a full day walking York city walls

Beyond the vintage cars: what to expect in Cuba

You can buy through the links here and in my posts no extra cost to you. I'll receive a small commission, which helps to keep this website running. Thank you for your support :)

Speak the lingo before you go … 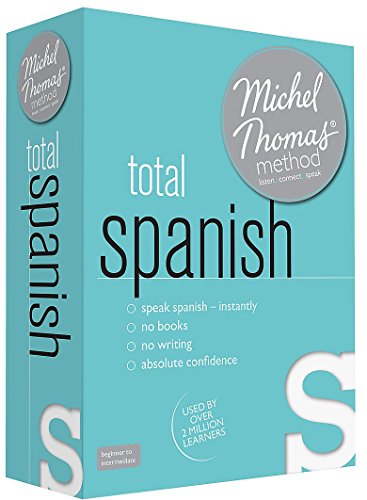 I originally learnt Spanish by playing this audio guide in my car! I was speaking full sentences within weeks. This product is a newer version of the Michel Thomas guide I used. Highly recommended!